The digital transformation of the public sector 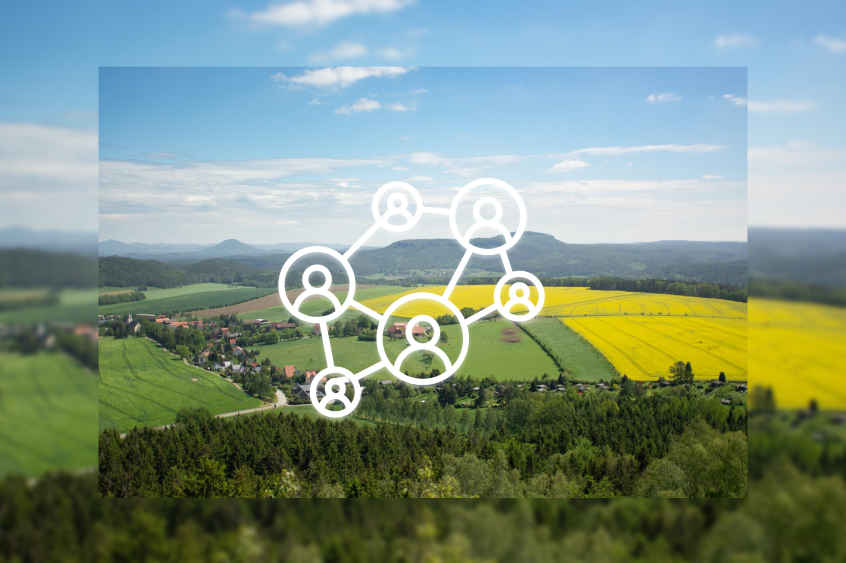 There is no doubt that the public sector and its administration are undergoing change. The evolution of public administration from the analog to the digital age represents both an immeasurable opportunity and a complex challenge for modern society. A major Munich suburban municipality finds itself in the eye of the storm: with a population of about 25,000, it manages, like so many municipalities in Germany, a diverse, cross-sector and modern population – with analog tools.

Not least the Online Access Act (Onlinezugangsgesetz – OZG), but also the ambitious plan of the Bavarian Council of Ministers to “digitize the most important administrative services across the board by the end of 2020” underscores the urgency of digitalization in municipalities. On the one hand, this urgency demonstrates the unconditional will to adapt the way the administration works to the needs of a society that is modernizing as a whole. However, in the eyes of the office management, it also reinforces the following areas of tension:

Based on these areas of tension, Breitenstein Consulting deployed an interdisciplinary team from October 2019 – January 2020, which used our transformation approach to initiate this gigantic change process in the context of the long-standing cooperation project “Change Management” between Breitenstein Consulting and LMU Munich. Based on our approach of first understanding the transformation holistically in order to later jointly develop, implement and anchor it, our team initiated an inventory of the community’s change architecture.

Our analysis shows: The human factor is decisive! When asked what municipality employees value about their workplace, many responded with the “social factor” and “closeness to the people”. Associations with digitalization are all the more striking: “anonymity,” “loss of closeness to the citizen,” and “information overload. In addition to political/organizational aspects (42%), it is socio-psychological factors (30%) ahead of technical aspects (28%) that represent the greatest barriers to digitalization.

In addition, our analysis shows that employees in the public sector often have only a limited understanding of digitalization – the idea of “paper freedom” is a predominant simplified idea here.

Digitalization education and the associated realistic “readiness” for change is therefore the first key. The state analysis also shows that there is a lack of clarity as to whether and, if so, how digitalization processes can incorporate important, social aspects of current work in the public sector. Our long experience shows that automation can improve the social, communicative aspect of work! Through creative, agile and innovative work.

Creativity, agility, innovation – words that seem foreign in the public sector. But it is precisely with these principles that we believe we can effectively shape the path of digital transformation in the public sector. The analysis of the municipality illustrates that precisely such principles, which we have been teaching our partners for years, can be a blueprint for public digitalization.

To initiate an effective paradigm shift in which principles of modernity are applied in a largely analog world of public service, the human factor must be moved to the center. Together with the community, then, we are embarking on this transformation to realize the full potential of digitalization.

We use cookies on our website to give you the most relevant experience by remembering your preferences and repeat visits. By clicking “Accept All”, you consent to the use of ALL the cookies. However, you may visit "Cookie Settings" to provide a controlled consent.
Cookie SettingsAccept All
Manage consent

This website uses cookies to improve your experience while you navigate through the website. Out of these, the cookies that are categorized as necessary are stored on your browser as they are essential for the working of basic functionalities of the website. We also use third-party cookies that help us analyze and understand how you use this website. These cookies will be stored in your browser only with your consent. You also have the option to opt-out of these cookies. But opting out of some of these cookies may affect your browsing experience.
Necessary Always Enabled
Necessary cookies are absolutely essential for the website to function properly. This category only includes cookies that ensures basic functionalities and security features of the website. These cookies do not store any personal information.
Non-necessary
Any cookies that may not be particularly necessary for the website to function and is used specifically to collect user personal data via analytics, ads, other embedded contents are termed as non-necessary cookies. It is mandatory to procure user consent prior to running these cookies on your website.
SAVE & ACCEPT

You can reach us at:

Or write us here:

With the spread of Covid-19, we are experiencing a situation that is new to all of us. Our world has changed abruptly and our companies and organizations need to adapt and evolve.

We at Breitenstein Consulting continue to be there for you. Although we are currently not in our office at Altheimer Eck 7, you can reach us at our home office. We are now making even greater use of our established tools for video conferences, webinars and online surveys and can thus continue to guarantee our service & support.

Please do not hesitate to contact us for advice and coaching, especially in these difficult times. We are happy to be there for you!
Stay healthy!

Through their holistic educational approach, Lichtblick Hasenbergl aims to break the cycle of poverty by supporting children, adolescents and young adults between the ages of 1-25 years from low-income families with comprehensive educational support in all areas of life. The children are empowered to find their way in the increasingly competitive job market, and many of the alumni of the program are the first in their families to have successfully completed their education and university studies.

Breitenstein Consulting has supported the activities of Lichtblick Hasenbergl in the fields of Social Reporting Standards, Marketing and Talent Acquisition during the course of several LMU Cooperation Projects.

We believe in the mutual enrichment that takes place through the combination of entrepreneurial practice and scientific theory. Since 2005, Breitenstein Consulting has thus been offering companies the opportunity to cooperate with student project groups at the Ludwig Maximilian University (LMU) in Munich. It not only greatly benefits our students and business partners, but also provides us with valuable know-how that we can share in projects with our other clients.

The students work in cooperation with the client under professional guidance and support on concrete assignments in the areas of corporate management, change management and personnel development. If you are interested in participating in this experience as a cooperation partner or student, please feel free to contact us. In both cases, participation is free of charge.

Lacrima is a fully non-profit organization under the auspices of the St. Johns Association (Johanniter) which addresses the needs of bereaved children and youth by providing a safe environment for them to work through their loss and minimize the trauma resulting from the loss of a close family member, such as a parent or sibling.

We at Breitenstein Consulting support Lacrima in an advisory capacity, offering valuable input and proposing solutions for its strategic development and growth.

Leonhard is a non-profit initiative that provides business training for prisoners sentenced for minor offences. Its mission is to integrate the prisoners into society after their release by enabling them to found their own business or to integrate into the existing job market.
Studies have shown that prisoners who participate in the program have a significantly reduced rate of repeat offences and incarceration.

Tim Bookas, founder and owner of Breitenstein Consulting is a very enthusiastic mentor for the program.

Breitenstein Consulting proudly supports them to be the best they can be through Workshops and Coaching for leadership development and organizational growth.

Bellevue di Monaco is an initiative of many committed citizens*, created in 2015 during the refugee crisis. Bellevue is a house in the center of Munich and functions as a platform and meeting place for refugees and organisations. We help Bellevue with strategy and team development.

The Tabaluga Children’s Foundation is a very special organisation that takes care of traumatized children with several institutions. We consult Tabaluga through our Change Management course in cooperation with the LMU and regard this as part of our social commitment.